Guide To The New ADR Extension

In response to the ongoing shortage of drivers, a new extension has been made for ADR certificates - Find out how this affects you here.

At the moment, the UK is experiencing a shortage of drivers, which has recently been given widespread attention due to the current demand for fuel. In response to this, the Department for Transport have now announced a new extension to ADR Certificates. As of the 28th of September 2021, the following extension has been established:

Any current ADR driver who was due to expire between the 27th of September 2021 and 31st of December 2021 will now have their cards extended to the 31st of January 2022.

How Did This Extension Arrive?

Over the last few months, there has been a good deal of media attention on empty shelves in the supermarkets, and a lack of fuel at forecourts. While this hasn’t been due to a lack of supplies, it has been caused by a lack of available drivers in the UK. Trade Associations have even stated that the UK is now short of approximately 100,000 drivers.

In September, the Department for Transport surveyed a number of ADR centres to enquire about their availability, and the possibility of increasing their capacity for students. Later that month, the announcement was made that the ADR certificates would be extended, with the intention of easing the issues related to the shortage.

How Does This Affect Drivers?

Any driver with a valid ADR card that was due to expire between the 27th of September and 31st of December will now have until the 31st of January to complete their Refresher courses. These drivers will also need to carry a paper copy of Authorisation 990, along with their ADR card, in order to be recognised for the extension. You can view and download the Authorisation 990 letter by clicking here.

However, any drivers with qualifications that have already expired are not affected by the extension, and will need to attend the ADR Initial course before they can start driving again. You can find a list of courses being delivered by our Consortium members by clicking here.

How Does This Affect Trainers?

The winter period can normally be fairly busy due to the increase in demand for fuel, and while we have yet to see how this extension will affect the usual level of demand, the Department for Transport have said to expect an increase in numbers after January due to this, alongside other efforts to increase the number of drivers in the UK.

With the Department for Transport saying to expect an increase in candidates next year, companies may wish to use this time to train more instructors, and centres not currently delivering ADR may use this time to complete the approval process. For those interested in getting started, we will be running an ADR Instructor Course on the 18th of October, which you can learn about here.

NLTC will, as always, remain committed to its members during this time, and our team is here to assist with any queries you might have.

We are a JAUPT and SQA approved CPC and ADR Consortium, welcoming and assisting professional trainers from across the country. We provide Driver CPC uploads for our members, along with access to our constantly expanding list of courses, including: ADR, CPC, PDP, DGSA, Instructor training and more specialised training relating to dangerous goods, alongside various other training materials.

Get In Touch With National Logistics Training Consortium:

Do You Want To Contribute?

All of our members are welcome to add to the NLTC blog. If you’d like to add a post of your own, please get in touch with us, and we’ll be happy to arrange this with you. 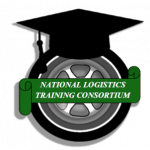 Members Area
We use cookies on our website to give you the most relevant experience by remembering your preferences and repeat visits. By clicking “Accept All”, you consent to the use of all cookies. .
Cookie SettingsAccept All
Manage consent

This website uses cookies to improve your experience while you navigate through the website. Out of these, the cookies that are categorized as necessary are stored on your browser as they are essential for the working of basic functionalities of the website. We also use third-party cookies that help us analyze and understand how you use this website. These cookies will be stored in your browser only with your consent. You also have the option to opt-out of these cookies. But opting out of some of these cookies may affect your browsing experience.
Necessary Always Enabled
Necessary cookies are absolutely essential for the website to function properly. These cookies ensure basic functionalities and security features of the website, anonymously.
Functional
Functional cookies help to perform certain functionalities like sharing the content of the website on social media platforms, collect feedbacks, and other third-party features.
Performance
Performance cookies are used to understand and analyze the key performance indexes of the website which helps in delivering a better user experience for the visitors.
Analytics
Analytical cookies are used to understand how visitors interact with the website. These cookies help provide information on metrics the number of visitors, bounce rate, traffic source, etc.
Advertisement
Advertisement cookies are used to provide visitors with relevant ads and marketing campaigns. These cookies track visitors across websites and collect information to provide customized ads.
Others
Other uncategorized cookies are those that are being analyzed and have not been classified into a category as yet.
SAVE & ACCEPT